"GBDURO? Best described as a scrappy rolling picnic through Britain's ever changing landscapes" Anonymous
The 2020 trial leaves Lands End on the 27th June and you’ll need to move quick to make the finisher’s party at John o’Groats on the 7th July.

We’ll be running it in a similar style to last year except this will be a no-fly ride… riders must get to/from the start/finish without taking a flight. This is an effort to extend our ‘leave no trace’ principles to beyond just the road/trail. We are particularly looking for some inspiration from riders travelling from further afield; those who commit will be welcomed with open arms.

Entries for GBDURO20 opened on the 1 Jan for just one week.

To enter you will need to read the entry manual (link below) and complete the questions in the application form.

Who or what is the racing collective!?

With over 2000 members, The Racing Collective is fast becoming the largest bikepacking club in the UK. Unlike a conventional cycling club, we are not based in any particular city or town, rather we roam our little island seeking out new roads and tracks to explore, pushing our limits, and finding more about ourselves in the process (see our Trials, of which GBDURO is our flagship).

​Our objective is to apply the ultracyclist mindset (self-supported, self-actualised, self-motivated) to go beyond 'Leave No Trace' to leave the world in a better state than we found it. This means not just following the 'Leave No Trace' principles when riding/wild camping, but extending these principles over time to permeate every aspect of our lives. Our long-term aim is to establish the UK's first crowdfunded National Park. 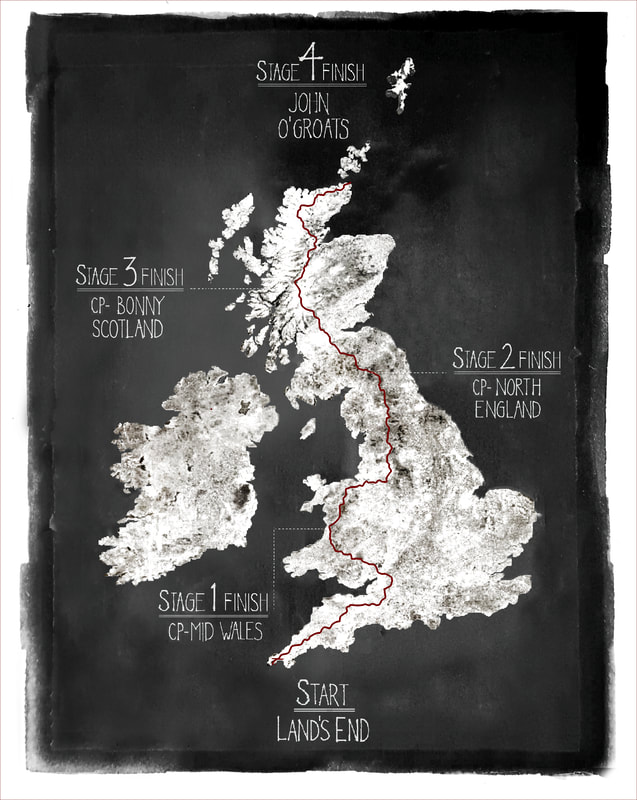 Moderation is for cowards 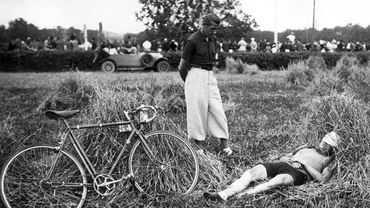 Image: Wikimedia Commons
The enduro format means that the clock stops when a rider enters the checkpoint and starts again when they leave.  This gives riders the time to share tales and drinks around the campfire at the three checkpoints en route, whilst also addressing sleep deprivation issues which hang over the ultraracing community.

​But don’t indulge in too much ‘recovery’; you'll still need to cover ~200km per day to make the Finisher's Party. 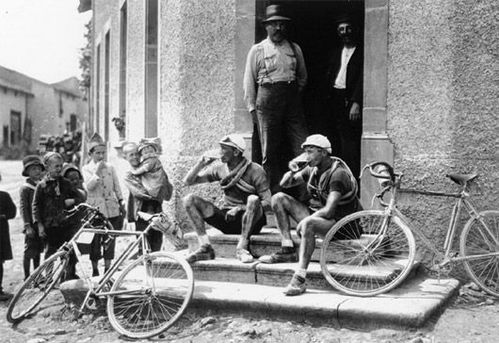 Image: Wikimedia Commons
We'll be riding the new GB Divide route which links Britain's wild places with its rich industrial past.  Much of it is on road so you'll need a setup that rolls well, whilst also dealing with the rough stuff on gravel tracks and bridleways; the surface of which range from heaven to hell and everything in between.  A gravel/adventure bike with minimum 35mm tyres is recommended.

This ride is not for ultra-racing insomniacs - it's for those who share a desire to ride fast and far through beautiful landscapes, while allowing a bit of time in between to enjoy the odd sunset and share a beer with new friends.

The writing has been on the wall for decades but we've buried our heads in the sand and hoped that climate change is made up, a fiction that those in the pay of the oil giants have unmasked. But, the body of evidence is conclusive; temperatures are rising and we are starting to feel the impacts of extreme weather.

Flying is incompatible with reducing our individual carbon emissions to a fair and sustainable level so we are drawing a line in the sand.  As bikepackers, leave-no-trace ethics are part of our DNA; so are solving seemingly unsurpassable problems, and doing things that others (initially) think are crazy.  With that in mind we want to hear stories of riders travelling far and wide in a sustainable way.

Let's take a look at the numbers:
The big read on our no-fly rule and why we have chosen to draw this line in the sand...​

Why single out flying?
What about offsetting?
What about technological innovation to reduce emissions from flying?
Isn't it xenophobic?
Why was it OK for Lachlan Morton to do it in 2019 but not me?
See some route highlights on Komoot here

Only riders who made the Finisher's Party on 2nd July 2019 have their times recorded for GC; other riders had until midnight on Friday 5 July in order to classify as a Finisher.  Anyone who completes the GB Divide route is eligible to join the club on Strava.